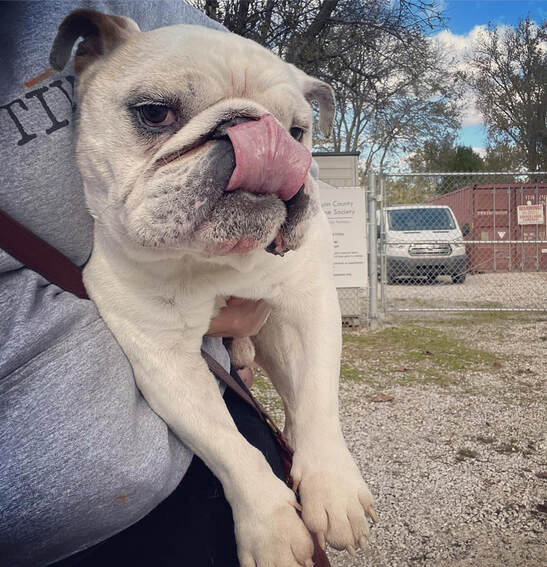 When you busted outta the shelter on a Tuesday #tongueouttuesday#iunderstoodtheassignment

Welcome Gargoyle….. imma call him Gary or maybe Garth. What do you think?

This guy is a MESS and 2 vets recommend euthanasia. But we’re not gonna let him die in a shelter. At the VERY least he’ll have a soft bed and lots of treats and kisses first. But maybe he’ll have an early Christmas miracle. Pawsitive thoughts appreciated. Also- we still need fosters yo. My house is FULLER than FULL. K thnx.
You can also visit our amazon wish list to send a care package to him or one of our other dogs. Of highest priority right now are: PEA, Pill Pockets, Carna4 Flora4, Mushroom supplements, Tinkle Tonic, YuMove joint supplements, and we could use a couple more lickimats. Some of ours need to be retired lol

Our Scentsy Holiday Party is going on until the end of the year. All proceeds are used for food/supplements for the dogs.

Sign up for Kroger rewards and select Hoosier Bulldog Rescue as your charity of choice.

Use smile.amazon.com for your amazon shopping. Choose Hoosier Bulldog Rescue as your charity of choice.

Download the Chip In app and see what local businesses are registered (if you have a business that may be interested in giving back to any charity, let us know so Chip In can contact them and get more businesses involved. Local Indianapolis participating businesses include City Dogs Grocery and Jiffy Lube!

If you are thinking of signing your dogs up for a Barkbox, use our affiliate code. We get a donation of $18 per every sign up! 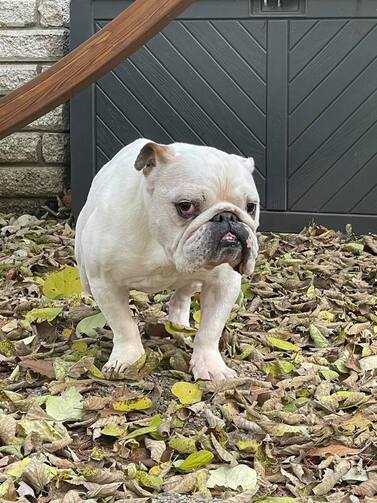 Garth has an inoperable mass on his liver, as well as possible heart issues, a prolapsed urethra, and a spinal injury. But despite all of this, he is the happiest sweetest boy in the world! Right now we’re exploring alternative ways to help him, but he is sadly hospice. As long as he’s happy and not in pain, we will make his life as amazing as possible.

If you would like to suggest a Bucket List Item, simply donate $10+ and write your suggestion in the comment section. Bucket List experiences are paid for out of own pocket, so all proceeds go directly to his medical care.
Completed:
✅ Go Christmas tree shopping
✅ Visit a nursing home (Suggested by Cindy Gill) - we took Christmas Cards!
✅PupCup (Suggested by @pork_chop_the_bulldog
✅Meet Santa
✅Eggnog in front of the fire place
✅ Movie night with popcorn (suggested by Sarah George)
✅watch Corner Gas (suggested by Julie)

Suggested:
✳️ Special treat (suggested by Franklin and Bear)
✳️ Spa day (suggested by Sarah George)
✳️ Steak dinner with all the fixings (@Poppy_SassyPants)
✳️ NYE kiss (suggested by Wendy McMayon)
✳️ Pizza Party (suggested by Emmy Garcia)
✳️ Birthday party
✳️ Ice cream in bed (Kimberly Ann)
​✳️ Garth likes to dance. He wants to dance to Best Day of My Life. He also asks that he is picked up to avoid injuries and his partner Neely and him be dressed appropriately. Remember clothes make the man. (Suggested by Rhonda Bohrn)