History of the English Bulldog

The original English Bulldog was bred primarily for use in the sport of bull-baiting. For this reason, English Bulldogs of the 16th and 17th century exhibited a functional build that contributed to the necessary physical stamina and endurance. The original Bulldog had to be very ferocious and so savage and courageous as to be almost insensitive to pain. 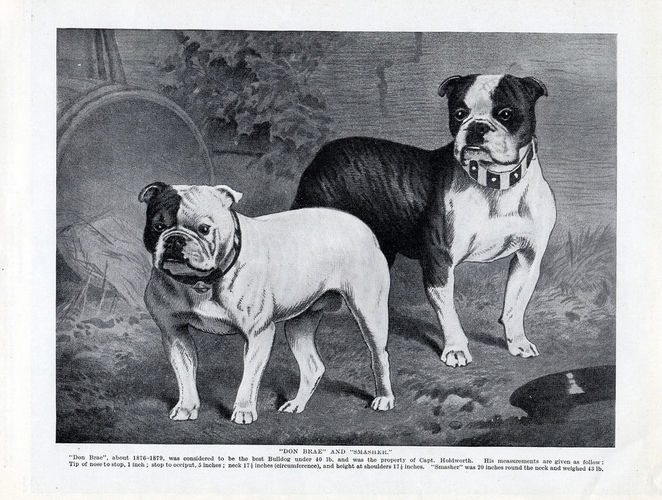 In 1835, laws were passed in England banning the gruesome sport of bull-baiting and, as a result, the Bulldog lost its purpose. The bulldog breed began to diminish drastically. 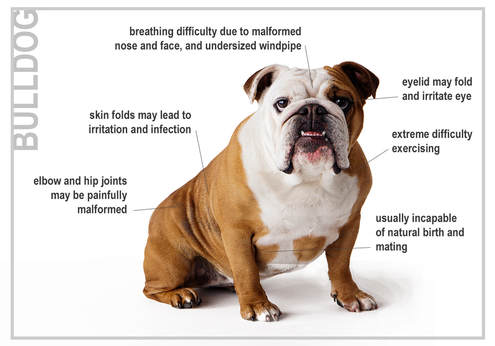 This is why we advocate and support bulldog breeders who are dedicated to breeding a HEALTHY Bulldog.

History of the French Bulldog

​In the early 1800s, Normandy lace workers from England set off to find work in France. They took with them smaller bulldogs to be kept on the farms as companions and to chase away the rats. In these northern French farming communities, the popularity of this hardy dog grew quickly. They were favorites of ordinary Parisians such as butchers, cafe owners and dealers in the rag trade and became notorious as the favorites of the Parisian streetwalkers, les belles de nuit.

Most of the British wanted nothing to do with these French bulldogs so it was the French who were guardians of the breed until later in the 19th century. They developed a more uniform breed—a dog with a compact body, straight legs, but without the extreme underjaw of the English Bulldog. Some had the erect “bat ears’ while others had “rose” ears. Wealthy Americans traveling in Francefell in love with these endearing little dogs and began bringing them back to the USA.  The Yanks preferred dogs with erect ears which was fine with the French breeders as they preferred the rose eared specimens, as did the British breeders.
​
The dog is widely known as a very fashionable household companion kept by upper class and royalty. One French bulldog, insured for an incredible sum (at that time) of $750, traveled aboard the Titanic. In the late 1800s and early 1900s the French bulldog was considered a dog of high society