What is Megaesophagus (ME) ?

Megaesophagus is a condition in which the tube carrying food from mouth to stomach is too big and doesn't work properly. A normal esophagus has muscles that move the food into the stomach and help keep it there. The esophagus in an ME dog does not have these reflexes to push the food down into the stomach. The food will “pool” in the esophagus and stretch it. The stretching leads to damage to the nerves.

Other reflexes of a normal esophagus prevent breathing during swallowing so that food and liquids cannot be inhaled into the lungs. The other danger with ME is  that food moving in the wrong direction during regurgitation can enter the trachea and lungs. This results in aspiration pneumonia, which is the most common reason dogs die from this disease.

What causes ME?
How is ME diagnosed?
The typically diagnostic work-up for megaesphagus begins with chest x-rays. X-rays may show the esophagus dilated with food and will determine whether or not there is secondary aspiration pnuemonia. In some cases, the nature of the ingested material does not allow for visualization of a dilated esophagus. If the history fits mega-esophagus, but a dilated esophagus is not seen on routine x-rays, then a contrast study can be performed, where prior to the x-ray, a radio-opaque liquid is swallowed. Since the liquid will show brightly on the x-ray, the integrity and shape of the esophagus will be clearly visualized.

The majority of cases of canine megaesophagus have no apparent cause. A minority of cases are caused secondary to underlying disease, typically hypothyroidism or mysthenia gravis. 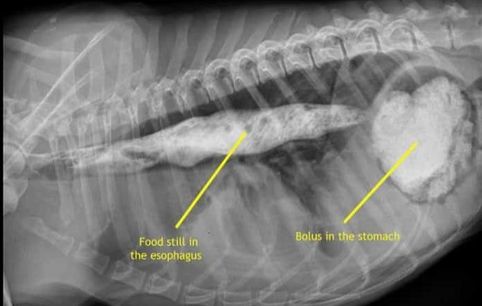 What is the treatment for ME?
Megaesophagus can be difficult to treat, and the general approach is to manage the condition through lifestyle changes. Some puppies with congenital megaesophagus may outgrow the condition, and surgery may be possible for certain development abnormalities.

However acquired cases of megaesophagus, cannot be reversed. For these dogs, treatment is essentially supportive, and may include:
Several strategies to control the regurgitation of food are typically employed: 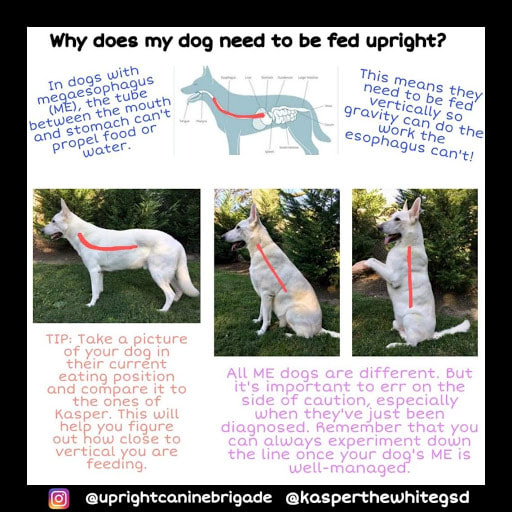 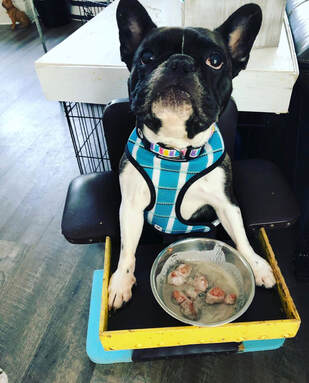