Intake Date 7/27/22: Five puppies were left outside a vet clinic sometime last night. Yes last night when it was storming. 4 crammed in a crate and 1 left in a basket. The 1 in the basket was so sick he couldn’t even move. The vet made the difficult decision to help him pass. The vet staff took two of the puppies, and we took the other two. They are terrified but so sweet. Welcome to the good life babies.
When they came to us they were filled with worms and very malnourished. The vet estimated they were about 8 months old even though they looked much younger when they came to us. Gravy was the smaller of the two brothers and was very weak and sick when he came in. He was also very bloated and couldn't hold down food.

Gravy went to the vet again a few days after arriving and we had x-rays taken. It was discovered he had he an Intussusception. This is a serious condition in which part of the intestine slides into an adjacent part of the intestine. We believe the worms were what caused this condition. He was severely anemic as well and was in need of a blood transfusion as soon as possible. We were able to get him to the ER for blood transfusions that evening in order to get his iron levels up. The following day he had surgery to repair his intestines. The surgery was around $9,000 in total and we are so grateful to our donors who helped get this boy the care he needed!
8/6/2022: Gravy's surgery went great, and he was able to come home and recover. 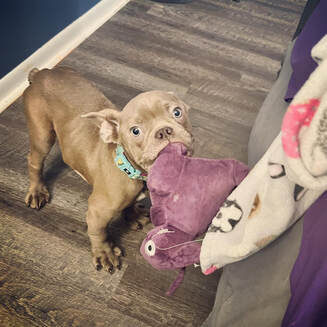 Gravy is not bonded with his brother Biscuit and they are in separate foster homes. They will not be adopted out together. Both Biscuit and Gravy will need to be neutered before they go to their new homes. Both boys have been steadily gaining weight and working on their potty training and socialization skills. ​
8/15/22 Update - Guess who got his sutures out today! He also gained 2 whole pounds! He is the sweetest baby boy. Food crazed. Benebone obsessed. Wants to put everything in his mouth to chew. And adamant that potty training is dumb.
9/24/22 Update - Scavenger hunt in downtown Indy for Baby Gravy and Hermione!
10/01/22 Update - Gravy is steadily gaining weight and catching up to his brother in size. They were able to see one another at our recent event.
11/28/22 Update - It's snipping day for Biscuit and Gravy! All went well. 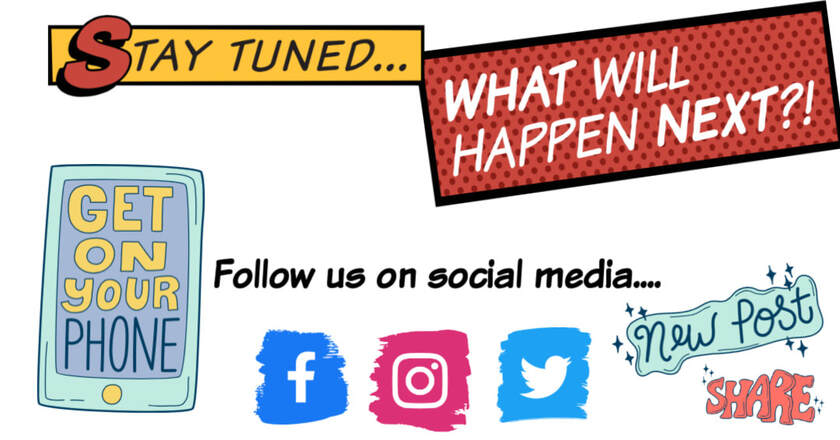