Today we received a surrender request for this little girl. Abi’s owners filled out a surrender form on our website. When we got to the sentence where they said that they had put her outside because of her incontinence, we knew we had to act fast. Snow was coming and these delicate babes can not tolerate extreme temperatures. Within 3 hours, our volunteers and even their family came through to save her from spending the night outside. Abi had a full work up with our vet. She has a severe severe bladder infection causing her to pee straight blood with clots... no stones were seen on the ultrasound if her bladder. This week she will begin another specific antibiotic identified through a culture of her urine. After three weeks on this antibiotic, we will recheck her urine and will also do another ultrasound of her bladder as well as her kidneys to check for stones. The type of crystals seen in her urine is specifically caused by infections. after reviewing her medical records from her previous owners, it seems that she has had repeated infections. One hypothesis of why she has had chronic infections is due to the shape of her vulva. She may require surgery to do a little nip tuck in that area. The excess skin may be harboring bacteria and thus causing repeated infections. 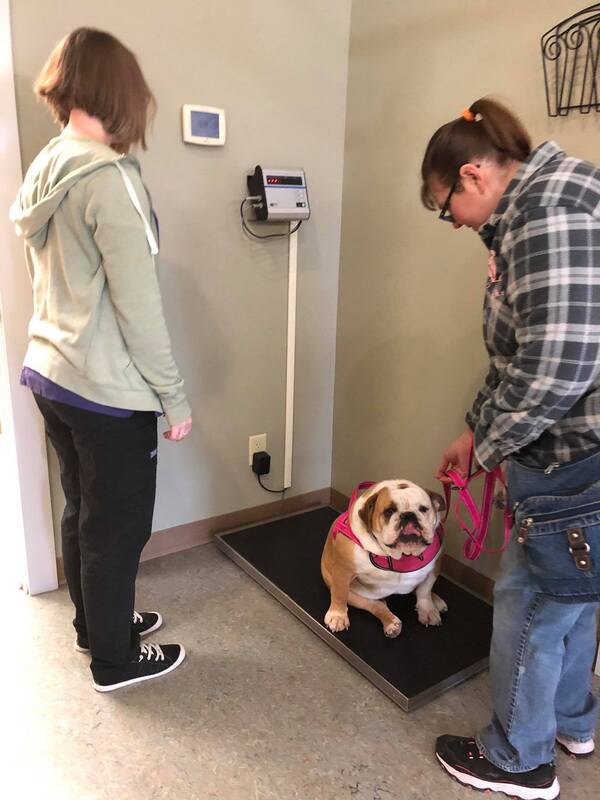 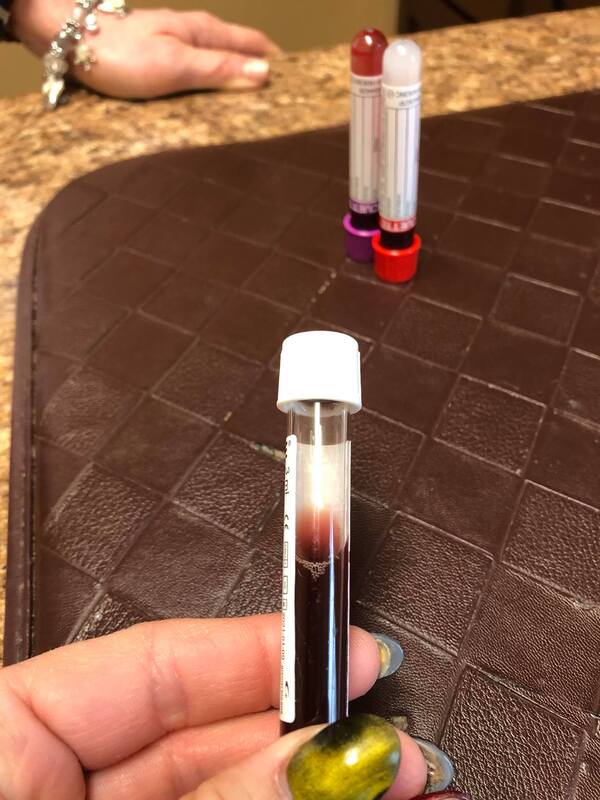 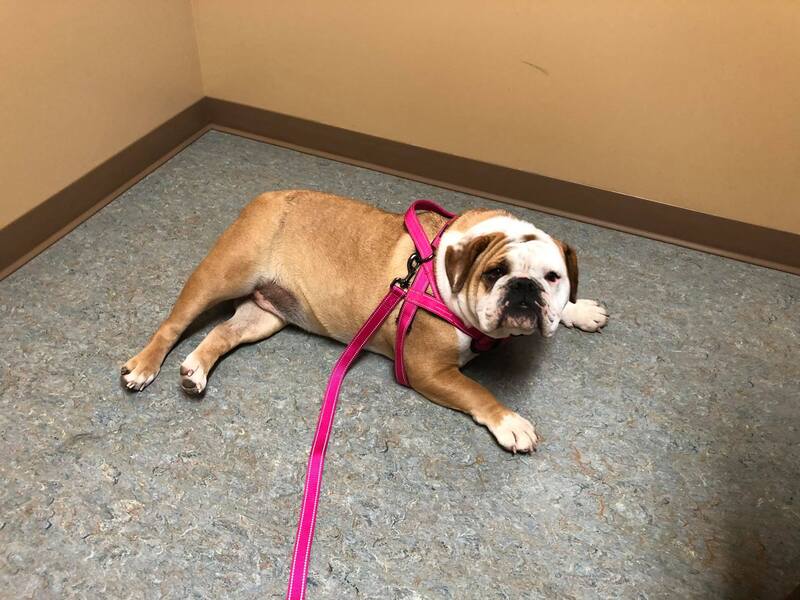 12/14/19 Abi pupdate:
Abi saw the vet yesterday and got a full work up. Good news: blood work looks good. She’s negative for heart worm and tick born disease. Bad news is she did come back positive for giardia. Which is weird. She doesn’t have any diarrhea. But we will treat with panacur and retest in 3 weeks. Now about her “urination problems”... So she’s not had any accidents since she’s been with us. But the second picture in this post is not blood.. Well it IS blood, but it’s straight from her bladder. That is her sterile urine sample! She has an obvious urinary tract infection and struvite crystals. Struvite crystals are due to infection. So she’s on an antibiotic now. We also sent out a culture just to be sure we are using the right antibiotic. Obviously this has been a chronic problem for the last couple years of her life. So the question is why…   Well one thought is her vulva is really big and lots of bacteria is building up around it, perhaps causing chronic infections. So our plan… First, focus on losing weight. According to her owners she was eating one scoop twice today, however when we opened her food bin there was a solo cup inside. That’s over 2 cups of food in each solo cup. So she was eating over 4 cups of food a day. She is extremely obese, weighing in at 78 pounds! She’s now on a high-quality (Farmina) and eating a true cup twice a day. She doesn’t drink much water so we are soaking her kibble and adding bone broth and goats milk to increase water intake. Increasing moisture in the diet is a number one way to help bladder issues. The best thing would be for us to put her on a raw diet  , but we will see how she does on this regimen for now.  Once she’s at a better weight she will undergo surgery for entropion (eye lashes rubbing on her eye). Also ummm well... vaginal rejuvenation. Just a little nip tuck! This may not even be necessary when she loses weight… We will just have to wait and see.She is literally the sweetest girl though. She follows you around everywhere. She gets along with other dogs. 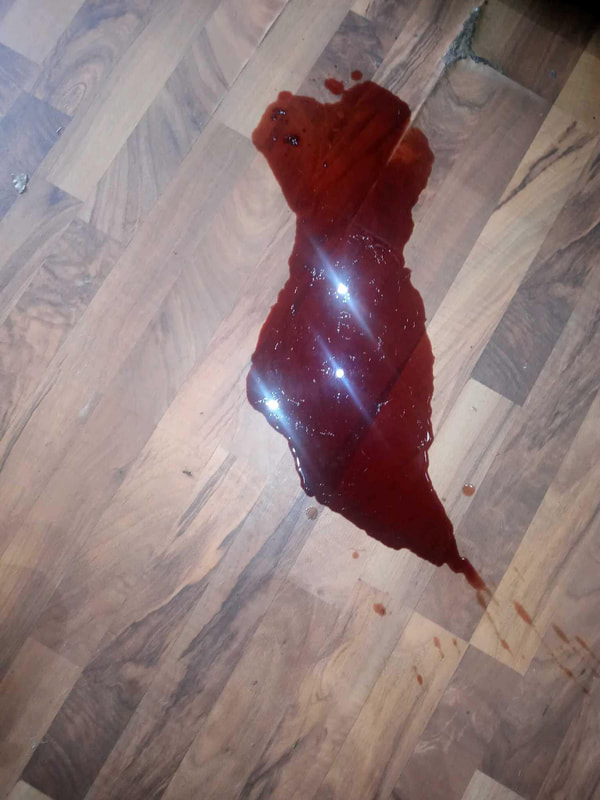 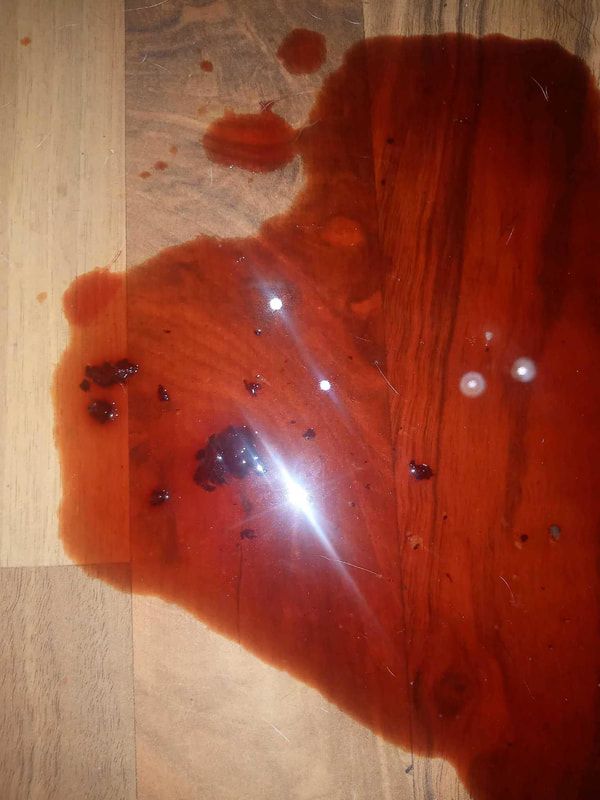 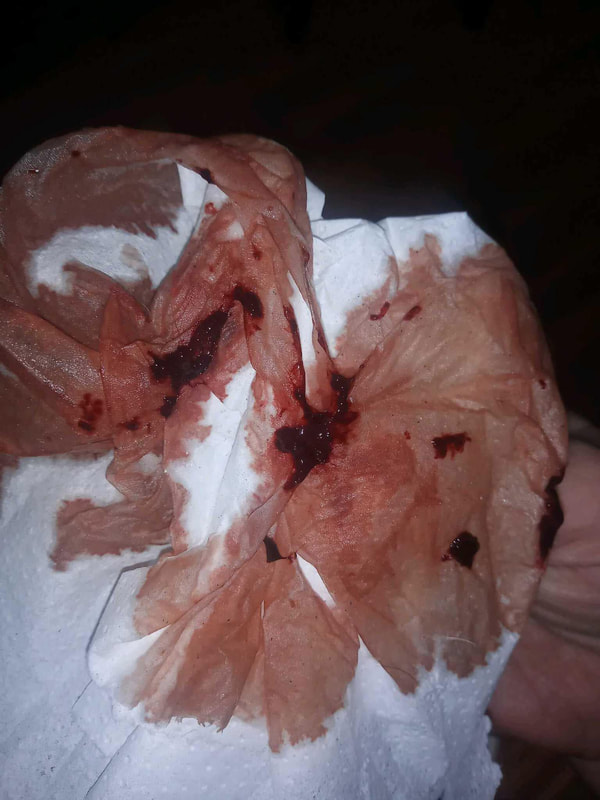 ​​​​This is Abi’s urine. This poor girl. I can’t even imagine how she feels. Waiting on her culture results to confirm we have the right antibiotic. Hoping we do and it works fast. Her bloodwork and culture were pricey, but necessary. 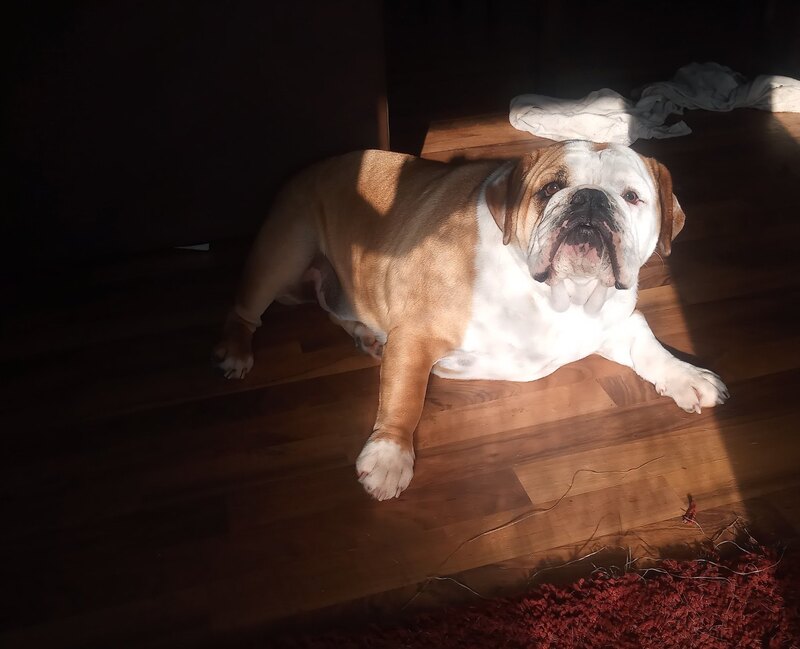 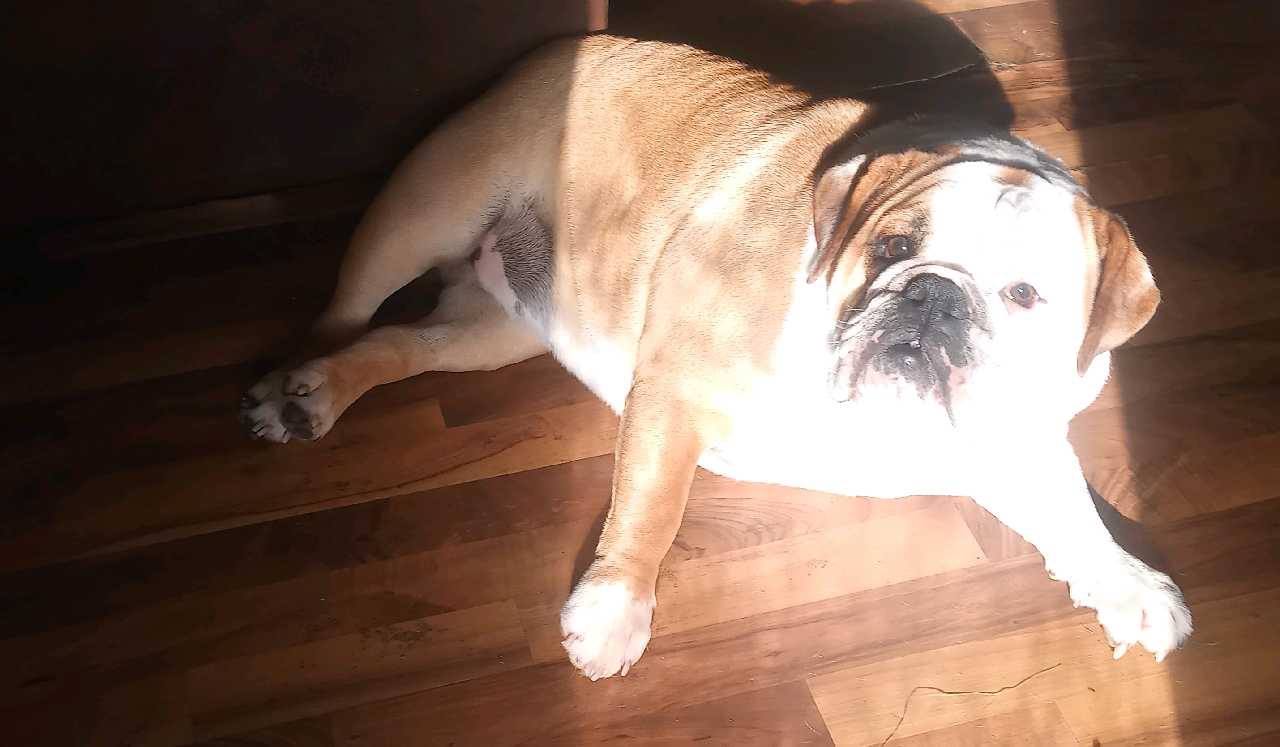 ​​​​Getting a little sunshine in on this winter day.. 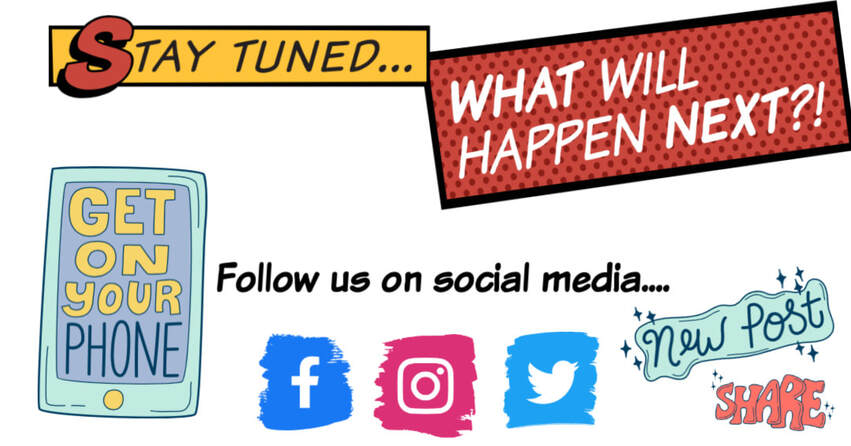